Question: The term "D-Day" refers to the invasion of Japan.
Answer: D-Day refers to June 6, 1944, when Allied troops—British, American, Canadian, Australian, Indian, and others—landed on the beaches of German-occupied Normandy, in France. It signaled the beginning of the end of World War II.

Question: In World War II, Turkey fought on the side of Germany.
Answer: Turkey did not take sides during most of World War II (1939–45). It entered the war on the Allied side just months before the fighting ended.

Question: Brazil fought on the side of the Allies in World War II.
Answer: During World War II (1939–45), Brazil patrolled against German submarines in the Atlantic Ocean and contributed thousands of troops to the Allied invasion of Italy.

Question: No World War II battles were fought in North America.
Answer: The Battle of Attu, in Alaska, involved Japanese and American forces. It lasted for about three months, in 1943.

Question: Teflon was widely used during World War II.
Answer: During World War II, polytetrafluoroethylene (Teflon) was used only to protect metal equipment used in the handling of radioactive material for the Manhattan Project. It gained more widespread use after the war.

Question: World War II began in 1939.
Answer: Hostilities had threatened earlier, but World War II formally began on September 1, 1939, when Germany invaded Poland. The war did not end until 1945.

Question: Japan won the Battle of Midway.
Answer: In June 1942, a strong invasion fleet of Japanese ships moved to capture Midway Island. U.S. Navy warplanes attacked the Japanese and won a decisive battle, destroying much of the fleet. 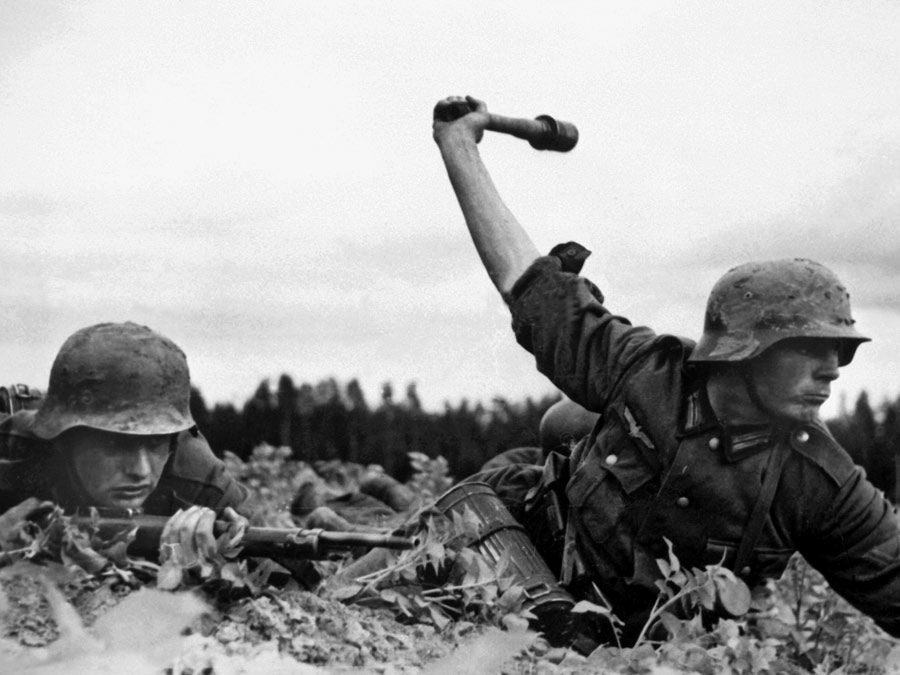 Does the term "D-Day" refer to the invasion of Japan? Did Turkey fight on the side of Germany in World War II? Sort fact from fiction in this World War II quiz.

Literature
Official Languages: Fact or Fiction?
Browse All Quizzes
Your results
Question Question {{($index + 1)}}
Your Answer:
{{vm.state.responses[$index].isCorrect ? 'Your' : ''}} Correct Answer:
Are you a quizmaster?
Share Your Score:
Facebook Twitter
Compare your score
Max Score: {{vm.maxPoints}}
New Best Score!
{{vm.state.score|number:0}}
{{vm.communityAverage|number:0}}
Your Score
Community Average
High scores
Login or Join to track your quiz stats, save your best scores, and compete with the community!
Your preference has been recorded
Check out Britannica's new site for parents!