Question: What is the American state with the fewest counties?
Answer: Delaware has only three counties: New Castle, Kent, and Sussex.

Question: Which state did the United States purchase from Russia?
Answer: The Stars and Stripes have flown over Alaska since October 18, 1867, when the vast land was purchased from Russia for $7.2 million.

Question: Which state was once called Deseret?
Answer: Utah was originally called Deseret by its Mormon founders. The name means "honey bee."

Question: What is the capital of the United States?
Answer: Washington occupies the District of Columbia. The city was designed by the French architect Pierre L’Enfant in the 1790s.

Question: Which of these is not an American national park?
Answer: Disneyland is a privately owned amusement park. The other parks belong to all the American people as part of the national park system. 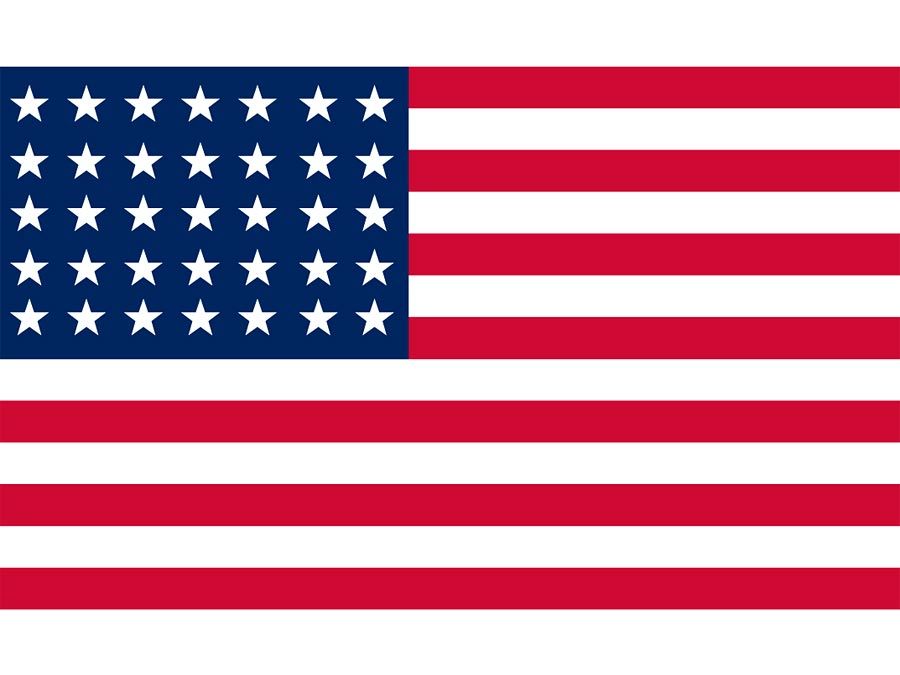 How many stripes are on the American flag? Which state has the fewest counties? Sort out the facts in this quiz about the states, stripes, and cities.

Visual Arts
Ultimate Art Quiz
Browse All Quizzes
Your results
Question Question {{($index + 1)}}
Your Answer:
{{vm.state.responses[$index].isCorrect ? 'Your' : ''}} Correct Answer:
Are you a quizmaster?
Share Your Score:
Facebook Twitter
Compare your score
Max Score: {{vm.maxPoints}}
New Best Score!
{{vm.state.score|number:0}}
{{vm.communityAverage|number:0}}
Your Score
Community Average
High scores
Login or Join to track your quiz stats, save your best scores, and compete with the community!
Your preference has been recorded
Check out Britannica's new site for parents!