You are using an outdated browser. Please upgrade your browser to improve your experience and security.
Daniel D. Tompkins
vice president of United States
Media
Print
Thank you for your feedback

Britannica Quiz
American History and Politics
How many members are there of the U.S. Senate?

Tompkins was the son of Jonathon Griffin Tompkins and Sarah Anny Hyatt, who were farmers. Graduating from Columbia College as valedictorian in 1795, he became a lawyer in New York City and later served as a bankruptcy commissioner and a delegate to the state constitutional convention of 1801. He was elected to the New York Assembly in 1803 and to the United States House of Representatives in 1804, though he never took his seat, instead resigning to become an associate justice of the New York Supreme Court. As governor of New York, he supported school improvements and a more liberal penal code, including a reduction in the number of offenses eligible for capital punishment. He was largely responsible for the passage of legislation outlawing slavery in the state, and he supported the creation of a firm final date for the abolition of slavery in the United States. An opponent of banking interests, he attempted to block the chartering in New York of the Bank of North America by proroguing the state legislature in 1812—the only instance of the exercise of this power in the history of New York state.

During the War of 1812 Tompkins was forced to borrow heavily, often on his own credit, in order to equip and arm the New York state militia. After the war there was much confusion over the money he had handled, and though Tompkins had gone into debt to pay state expenses, he was involved in legal wrangling that kept him from his duties during much of his time as vice president. The issue was not resolved until 1824, when Congress approved a grant to him of $95,000.

Get exclusive access to content from our 1768 First Edition with your subscription. Subscribe today
The Editors of Encyclopaedia Britannica This article was most recently revised and updated by Amy Tikkanen, Corrections Manager. 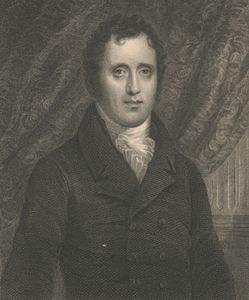